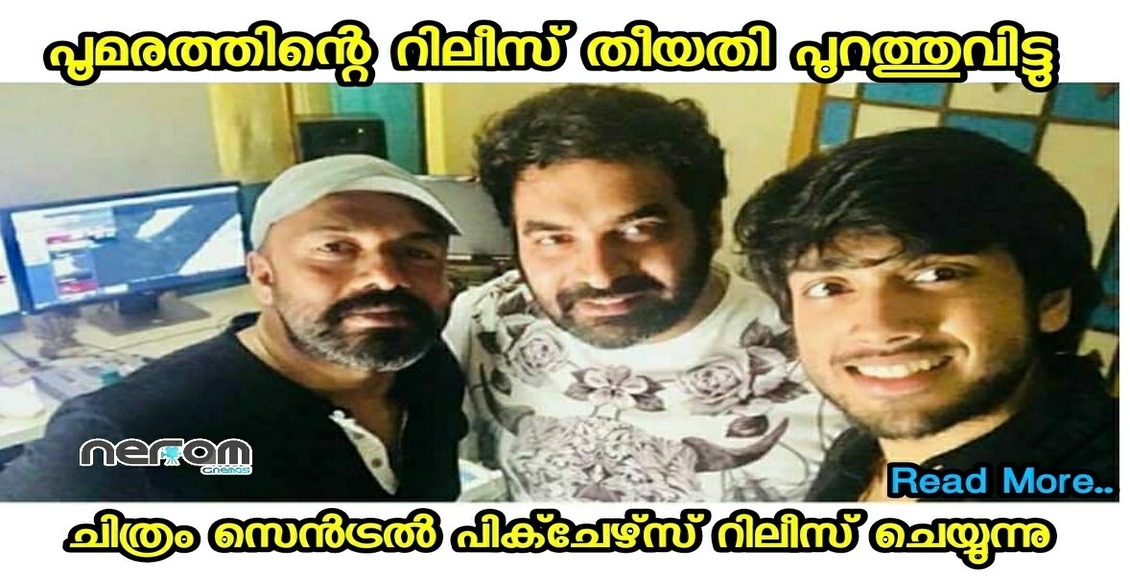 Most Awaited movie Poomaram is set to release on March 2018. After the hit movies 1983, Action Hero Biju, Director Abrid Shine brings his new movie ‘Poomaram‘ staring Kalidas Jayaram in lead role. This is the debut movie of Kalidas Jayaram as Hero. Kalidas Jayaram started his movie career as child artist and he also shown his presence in Tamil movies as well. Poomaram movie distribution is grabbed by Central Pictures. The movie is set to release on 1st Week of March. Film Shooting was started 1.5 years ago, and the release is delayed due to various reasons. Many trolls were appeared on Facebook and other social medias mocking the delay in release of the movie. One of the Troll was shared by Kalidas  Jayaram in his offical Facebook page. This troll went viral over social media. The was a mentioning about the young stars –  Dulquer Salmaan, Pranav Mohanlal & Gokul Suresh in that troll. The Song from Poomaram was one of the hit song of 2017 – ‘Njaanum Njaanumentaalum’. This song was trending on social media. Many cover versions of the song by the fans also appeared on social media and Youtube.

Along with Kalidas Jayaram, Kunchacko Boban & Meera Jasmine plays an important roles in the film. This film also features a new face actress. This movie is produced by Paul Vargheese and Abrid Shine under the banner of Limelight Cinemas. The music is done by Faizal Razi & Gireesh Kuttan