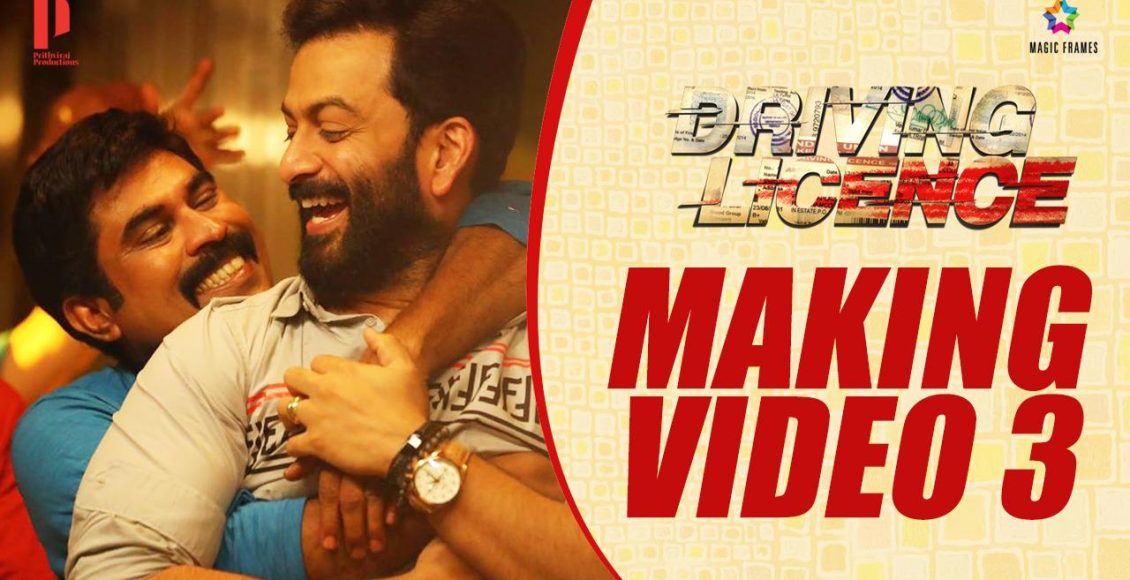 Driving License is an upcoming Malayalam movie scheduled to be released on 20th Dec, 2019.

Prithviraj Sukumaran plays a car-crazy superstar and Suraj will be seen playing a vehicle inspector role in this film.

The film is directed by Jean Paul Lal and scripted by Sachy.