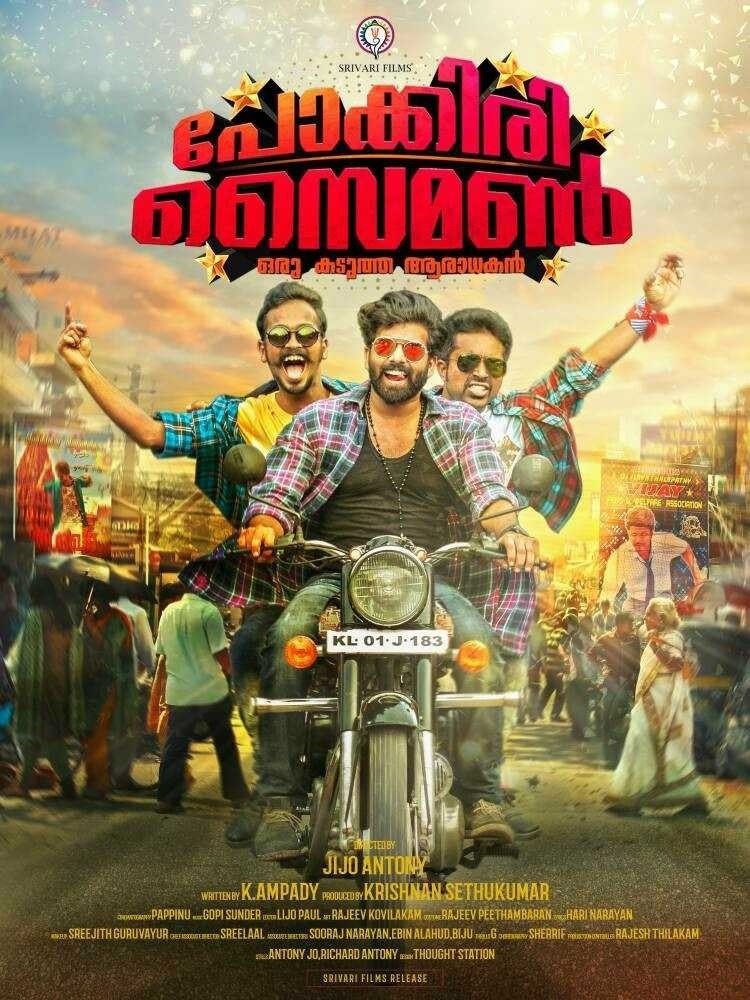 Sunny Wayne’s latest Malayalam film Pokkiri Simon is a comedy movie directed by Jijo Antony. Sunny Wayne performs a leading role in this film. Along with Sunny Wayne Prayaga Martin is also performing in a leading role. Pokkiri Simon being a comedy film the story mainly focuses on a person who is a die-hard fan of Tamil actor Vijay. This film is having full of fun, comedy and drama. The music department is handled by the famous music director Gopi Sundar.
The core portion of the film mainly focuses on a young men who is Simon and he is a great fan of the actor Ilayathalapathi Vijay. Here Simon is a guy who is a die-hard fan of Vijay. Since he is great fan of Vijay his parents gets much worried. His parents always dreamt of his son that he will achieve a good successful career. But Simon’s craze towards Vijay failed to find his career. As he became a great fan he comes to meet some turning points in his life.
Simon’s addiction to the actor Vijay shows out several experiences in his life. Basically, Pokkiri Simon is a comedy entertainer which includes both romance emotions etc. The movie is based upon the life of Simon and his ware bouts. As a film it is good entertaining one which will be highlighting the comedy portions more.

Remake of Vikram Vedha in Hindi , King Khan to be acted as Vikram