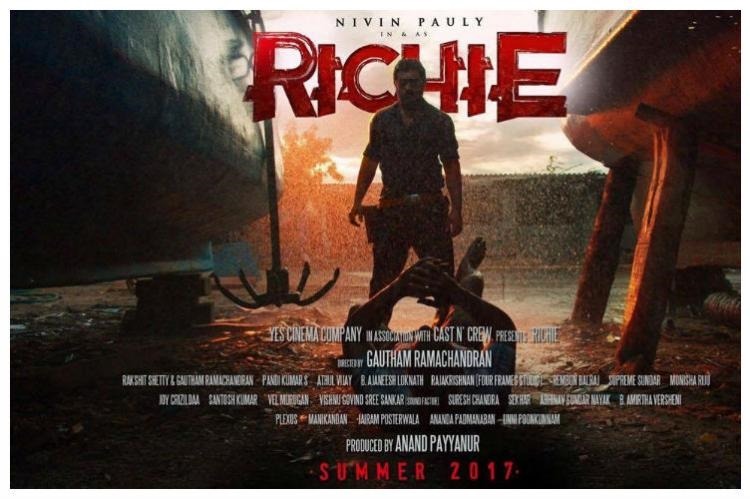 Popular youth icon of Malyalam film industry Nivin Pauly’s latest film Richie has got a viral response from the audience. Richie is actually the remake of the superhit Kannada film, Ulidavaru Kandanthe which is directed by Rakshit Shetty. Richie has been directed by Gautham Ramachandran. Richie gave a platform for Nivin to the Tamil film industry. Shraddha Srinath is performing in the female leading role. Along with Nivnin Pauly Subramaniam, Prakash Raj, Raj Bharath and Tulasi are the other cast. The popular songs for Richie has been composed by the famous music director B Ajaneesh Loknath. This young music director has coomposed nusic for the popular film Kuragu Bommai. It will be for the first time where Nivin will be appearing as a gangster. From the teaser release onwards the film Richie was going sensational in the minds of viewers. The story of the film is based on the murders that takes place in some rural areas. The female lead of the film Shraddha Srinath is played as a journalist in this film. Through her entry she makes some clear cut ideas regarding these murders. The songs like Thaayai Thedi and Sollathan Ninaikirane has created great lovers for these songs. All-round for the film Nivin has played a spectacular role and it has created huge number of fans. Whereas when saying about the screenplay, it doesn’t come up with the expectations what the film lovers expected. The direction has been kept a good level throughout the film. Overall the film has kept to a good average one.